Amity Institute is pleased to announce two exemplary winners of the 2016 Emily Stowell Scholarship Award. Denis Gonzalez Pacheco, of El Salvador, and Dolly (Chi-Jung) Chuang of Taiwan, were both chosen to receive the prestigious honor due to their outstanding dedication and service as Amity Interns. Denis and Dolly each left a unique and long-lasting impression on their host schools, families and communities in the United States. 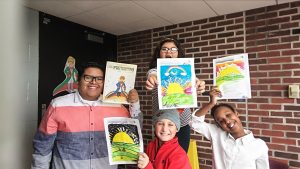 Denis, an Intern at Adam’s Spanish Immersion School in St. Paul, Minnesota, proved to be an amazing role model and cultural ambassador right from the start. His School Coordinator, Beth Odden, described Denis as a gift to the entire community, stating that “the whole school benefitted from his presence.” Ms. Odden went on to list many characteristics that made Denis such a stand-out individual, including his positive attitude and energy, his strong work ethic and willingness to take initiative, and his excitement to share his Salvadorian culture at any opportunity. Denis even went out of his way to provide extra language assistance to students who seemed to be struggling with their studies.

Denis loved nothing more than discussing his Salvadorian customs and traditions. In fact, students from all over Adam’s Spanish Immersion would gather to view the gorgeous bulletin board that he created, with facts, maps, vocabulary and interactive puzzles about El Salvador. Leaonr Jiminez-Ethier, a teacher at Adams, felt that Denis’s constant enthusiasm to share was “unparalleled.”

Not only was Denis invaluable to the Adam’s classroom, but he also made time to become a part of the larger St. Paul community. Ms. Odden shared, “Denis volunteered at every community event, such as fall and spring carnivals and cultural festivals. He would take care of the children during parent meetings and back-to-school nights, and even spent many hours at a local camp, the Concordia Language Village, sharing his time, culture and talents.”

Denis’s host parents, Mark Kristjanson and Alicia Turenne, were grateful for the opportunity to invite Denis into their family of three children. They explained, “Denis taught, read, and played with our children almost daily in both English and Spanish. He attended social events and religious services with us where he shared his culture and traditions to the greater community.”

The couple concluded, “We know he will go on to do great things as a teacher and he will likely be a leader in his community someday.” 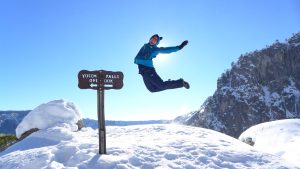 and PTA Treasurer, described Dolly as a “lifelong learner who took pride in sharing her culture and language, while also immersing herself into American culture to understand it, and by extension us, much better.” Dolly worked with elementary aged students to teach them about Chinese Language and Culture. Aida Hernandez, Barnard’s Principal, shared that Dolly, “engaged all learners to achieve their best in learning the Mandarin language and culture. Even the youngest learners, in transitional Kindergarten, began to show great interest in learning about Chinese culture, and can speak common phrases in Mandarin.”

To help families in the school community better understand the Mandarin learning process, Dolly went on to create a Mandarin Language Class for Parent Learners. Ms. Hernandez explained, “Dolly developed the curriculum and lesson plans, keeping in mind the needs of adult learners. Attendance in her Mandarin class was always full and consistent, which speaks to the interest, planning and thought Dolly put into her lessons.”

Dolly’s impact did not stop in the classroom. She enthusiastically took the lead in Chinese productions and educational sessions in the local community, attended many school plans, and even designed and led Barnard’s “Lunar Moon Festival” assembly, educating everyone in attendance about China’s traditional festivals. Even while facilitating many opportunities of cultural exchange, Dolly made sure explore the United States and take in as much as she could, visiting National Parks, trying surfing, exploring museums, and really taking in all that San Diego had to offer. As Mr. Franqui explained, “Dolly is an individual who has chosen to participate in life, not just observe it, and she takes all those around her on a wonderful adventure.” While Dolly will be greatly missed at Barnard, her hosts both at school and at home are certain she will continue to have a long lasting impact during her future as an educator.

Denis and Dolly truly exemplify exceptional Amity Interns, and we could not be more thrilled to honor them with the Emily Stowell Scholarship Award. Amity wishes them both the best of luck and the greatest success during all of their professional and personal endeavors around the world.

This experience changed my life! Now, I have more dreams and some other goals. I'm so thankful for everything that I've learned. I want to continue growing as a human and as a teacher. The Amity program is one the best things that ever happened to me." - Michelle, 2018-2019 Intern

We have been working with Amity for several years. Learning about different cultures, communities, traditions, music, arts, dances and more, helps our students to see the world as a global place fostering diversity and respect. Having a second adult in the classroom helps our teachers to be able to have more individualized attention to students and work on small groups. Amity has been a wonderful organization to work with, reliable and accessible, bringing highly qualified young people to work in our school."- Maria Buceta Miller, Amity School Coordinator, John Stanford International School

We hope everyone is having a great start to 2023!

Amity Teacher, Mr. Lumapas, shared a photo of the

We still have internships available for for our 20

"I'm sending you some pictures of my Christmas exp

"Thank you for this big opportunity. I wanted too 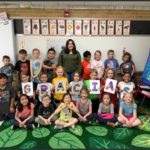 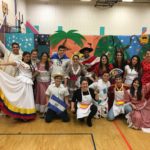 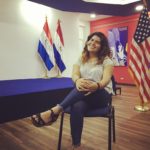 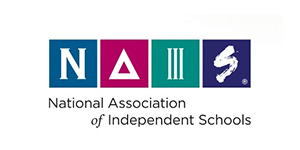 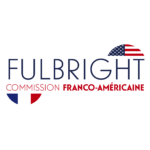